Knuckles aching on the wheel, Robert glanced again nervously into his rear-view mirror.  His imagination had been playing tricks on him – the police officer was exactly what he appeared to be.  Not a horrifying demon aching to consume him.  Merely a man.  Robert began to pull over, the black truck crunching onto the gravel shoulder of the road.  The cop’s car eased in behind him, and rolled to a stop with a loud creak.  Dust settled around them both as Robert looked again at the policeman and his dark sunglasses.  He was still just a man.

For now.  I have to make this as quick as possible.

With an involuntary sigh, Robert stared at the road stretching itself out in front of him.  The trees swayed lazily in the breeze, the clouds slowly tumbled over each other across the bluest sky he had ever seen.    This was a day to stretch out somewhere silently in the shade of a great oak – maybe in a park somewhere – and dream.  Sitting in the quiet of the truck’s cab with the windows down, a cool draft of clean air caressing his beard and hair made it almost impossible to keep awake.  He snapped himself alert and rubbed his tired eyes.  Falling asleep was exactly what the darkness wanted.  For a reason unknown.  Something they desired was dependent on his being unconscious.  They needed him to fall into strange and impossible universes.  They wanted him to descend further into the endless depths of thirsting darkness echoing with the laughter of forgotten gods.  But his eyes were so heavy now.  Too heavy. The lazy air was laced with the faint scent of wild flowers. 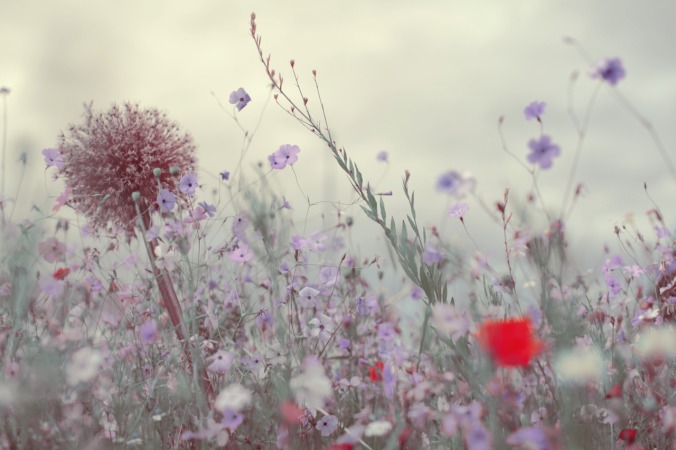 The cop knocked on the roof of the cab and shocked Robert back into this reality.  Quickly jerking awake, Robert began to apologize:

“License and registration.” He cut Robert off with a blank expression that was somehow laced with suspicion.  No doubt earned through countless stops just like this one.  Countless apologies that fell on deaf, stoic ears trained by years of experience.

“Sure! Just, uh, bought this truck, actually.  So the registration is not updated yet but let me give you the card of the fellow that sold it to me.  It’ll check out.”  A nervous grin spread on Robert’s face.  His normal salesman smile probably wouldn’t have helped him anyway.  Not with this statue of a man.  He looked at Robert’s license, then at his face.  Without a word he turned and walked back to his squad car that looked freshly cleaned and waxed as it glistened in the shimmering sunlight.

Hands on the wheel at 10 and 2, Robert’s hands tapped with the rhythm of war drums from a far-away land that he had never even thought of once in his life.  He stared straight ahead as best he could, watching the clouds roll over the world in front of him.  The cop was probably far enough away that he was safe.  Both Robert and the cop were safe.  With a sigh and a stretch he eased his head back to look into the rear-view mirror at a towering juggernaut with black armor walking toward him.

His hands fumbled clumsily for the keys and they flew up into his beard and got tangled in the wiry hair that he was still not used to.  Swears turned to pleas for mercy as he finally just ripped the keys out, taking a chunk of hair and skin from his horrified face.  Blood trickled down from his chin as he shakily put the keys in the ignition, the car growling instantly with desperate fury.  As he peeled away, throwing up gravel and dust, he stared at this new creature.  Towering and slow, the armor was shining shadows, absorbing light and yet glistening like folded steel.  It came to a stop and stood with its freakishly long arms crossed, the sharpened smile so familiar to Robert now adorned the black space that was its face.  Tires gripped the pavement and pulled Robert away, and he looked again at the monster.  It pointed now in front of his truck, and he followed its gaze to a billboard that read:

We will always find you.

He slammed his fist on the wheel in rage.  Tears welled up in his eyes as he fought off accepting the truth of his situation.  The roads were familiar now.  He was almost home, where his wife waited patiently to find out what happened to her husband.  She must be either terribly scared or terribly angry, and Robert felt terrible to be the cause of either.  The truck roared down the road, going around one curve on what felt like two wheels.  The air whipped into the cab through the open windows, flicking drops of blood from his chin onto the windshield and all over the place.  A red, macabre version of Jackson Pollock’s work.  The wind smelled impossibly fresh, the rain’s scent still strong from the night before, mingling in along with the growing sound of sirens behind him.  The cop car began to pull itself closer to him, and Robert glanced to try and catch a glimpse of the demon, but it was the policeman again behind the wheel.  He was probably oblivious that Robert was fleeing because he had turned into an armored hell spawn moments before, with arms that dragged the pavement and threw sparks with each step.

The policeman pulled the cruiser up close to the truck’s bumper, and nudged it.  At the speeds they were going it caused Robert to nearly crash, a horrifying lurch to the right and then straight again let him have a moment of relief.  Robert had almost over-corrected, nervous and exhausted as he was.  Even in this situation, with tons of steel and fire rushing down the road – trees whipping by – the roar of the engine was more like a hum trying to coax him into sleep.  The cop was gaining again, and moved to try and hit the side of Robert’s truck inside of the next curve on the right.  A near-miss that could have been the end, Robert looked to see a familiar block up ahead, he was so close to home now!

An amazing tree stood towering on the corner of his street, a tree that his son had played under all those years before with the neighbor boys who were also grown now, working and living somewhere else in this universe.  As he began to slow and turn the corner, he could almost see the shadows of the life that he was racing back to: a football spiraling slowly through the summer air into the hands of a laughing child as the smell of slightly burnt hamburgers danced into their noses.

The cop almost caught his bumper again during the turn, but the maneuver was unnecessary.  Robert had taken the corner too quickly and over corrected, causing him to fishtail down his street.  The truck finally caught traction, but the angle of it threw his truck onto his next-door neighbor’s yard and into their apple tree with an immense thundering.  The windshield shattered and rained glass onto Robert’s head as it slammed into the steering wheel, and it was only through sheer will that he remained conscious.  Pain burned red hot throughout his body, pulsing.  The sun even seemed to pulse in tandem, high in the sky.

Steam poured from the crumpled hood of the truck, and the crash lured neighbors to their windows to investigate the normally quiet suburb.  Sirens began to drone louder as he unbuckled his seat belt, and collapsed from the car in an exhausted heap.  His head hung low and he stared at the grass, vibrantly green and pulsing with detail in rhythm with his pain.  Blood trickled down his face and dripped slowly onto the ground, and he forced his head up to look at his house.  His wife’s car was in the driveway, and his heart nearly exploded with joy.  Tears welled up as he staggered to his feet, clutching ribs that felt broken.

Only… a few steps…

He shuffled and kept staring at his house, at the windows and the door.  He knew in only a moment or two his wife would look out and see him like he had never been before.  A fear blossomed inside of him.  A fear that he would be a stranger to her like this, unrecognizable with the blood and the beard.  The suit that was once so fresh was sticking to him with sweat, and covered in stains.

A ringing in his ears began, and it drowned out the sounds growing around him: The shouts of policemen drawing their guns and telling him to get on the ground, the screams of housewives running back inside their homes.  But the wind blowing through the trees remained clear.  The calming rustle of leaves against each other, and the whispers of molecules winding their way through the branches.  The only other sound that was just as clear to Robert was the familiar moan of his front door that always creaked no matter how he oiled it.  A former source of frustration coaxed the tears of joy to flow harder.  The front door was opening, and his beautiful wife came out.  Her long, black hair flowed over one shoulder, and she stared at him in disbelief.  She recognized him!  But the recognition was tainted with something else.  Something familiar to him now after the last few days.

She turned and went back into the house, covering her mouth with one hand.  The door stayed ajar.  Robert was exhausted, and he collapsed onto the grass and pain exploded in his chest from shattered ribs.  He used his entire strength to look up at his home, the one that he had fallen in love and raised his family in.  He looked, and he saw himself standing in the doorway.  Clean cut, wearing a fresh new suit tailored to fit.  A black suit with a black shirt and tie.  The Robert in the doorway smiled at him, with a horrible malevolence.  The smile of a sadist.  The Robert in the grass collapsed, and had no strength to lift his head more, so that his view of his doppelganger was sideways and distorted.  Robert could feel his hands clench into fists and his teeth grind together as the other Robert smiled and turned his head to match the angle of the true Robert.  The fake mouthed three words as the tunnel vision grew and unconsciousness gripped the real Robert: